Charlie is an award winning Magician and Mind Reader with years of experience. Based in Worcestershire, he is available for performing at any event where entertainment is required! From weddings, private parties, cooperate events and anniversaries, Charlie can make your event even more magical. He is a member of The British Magical Society, Leamington and Warwick Magic Society and has full Public Liability Insurance via Equity.

Charlie has been performing and studying his art for over 10 years after being inspired by a local professional and has mastered the essential elements of magic such as card tricks, coin tricks, bending metal with his mind, tricks with peoples belongings (such as rings and phones) and even the ability to read minds using genuine psychological techniques.

Some of Charlie’s achievements include appearing performing on Free Radio receiving amazing feedback, has had multiple theatre shows (one of which sold out in just over a week) and has been contacted by brands such as Coca-Cola, Nerds Candy and Rubik’s Brand Ltd!

To get in touch with Charlie, you can email charlierobinsonmagician@gmail.com or call 07852 787837 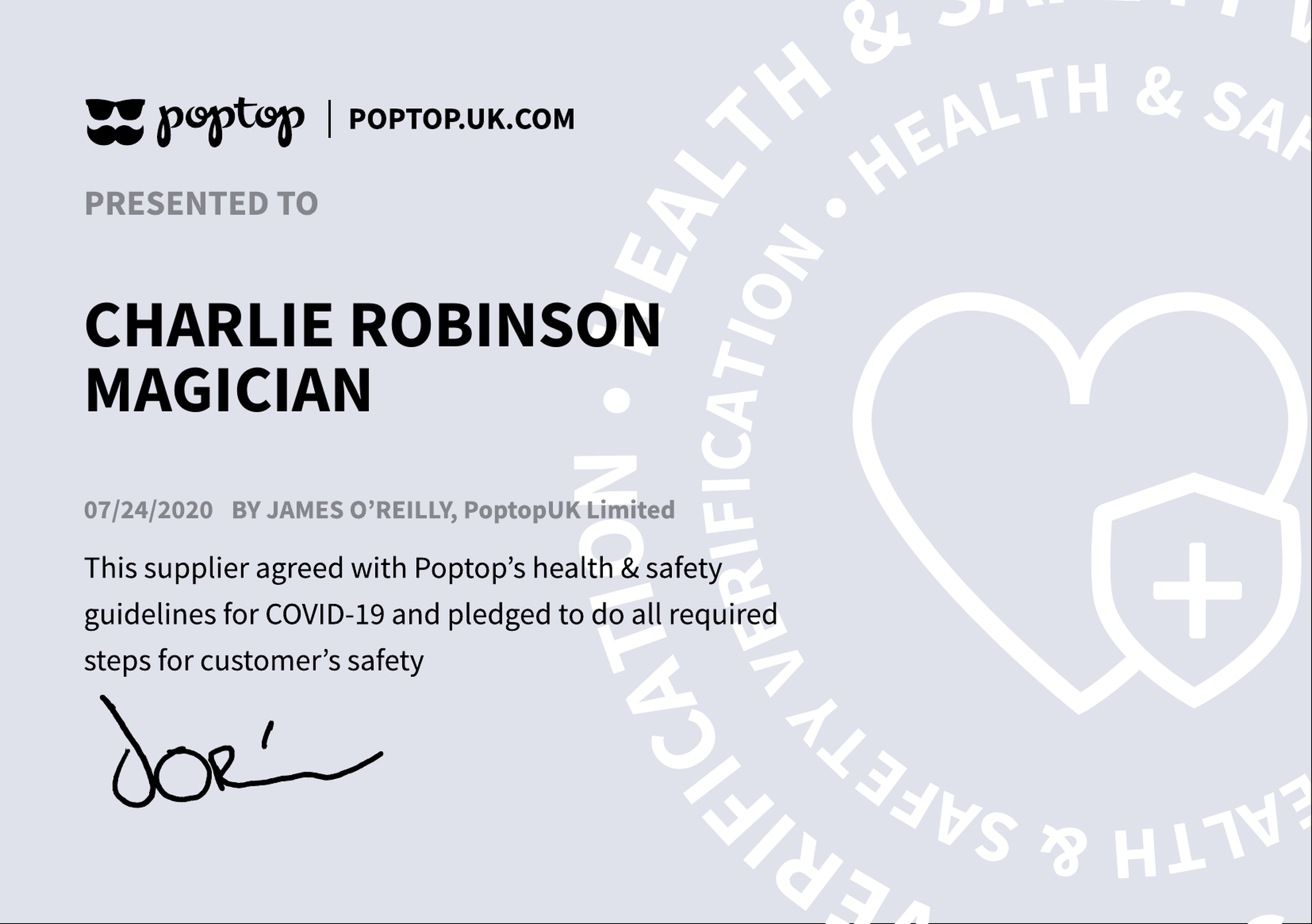